What is political economy theory? The name itself gives us a hint. This is an approach to studying media that focuses on the politics and economics of media. It asks the question: How does power and wealth influence our systems of mass media? Political economy theory studies the power relations that influence the production, distribution and consumption of communication resources. In doing so, they shed light on why some messages are emphasized and other down played. This theory shows that corporate influence pervades society. It does not focus on the science and symbols of the text as cultural studies do. Rather it studies how the Government and stock market affect the media that we consume. 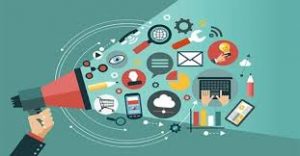 This theory has always been used to understand social change in history. The theory also examines the totality of social relations. It holds that the political, economic, social and cultural areas of life are intertwined. This various meet and influence media indifferent ways. Political Economic Theory is guided by moral philosophy. It not only describes the state of society but also encourages people to change their social behavior. With the knowledge of the society’s problem, theorist is driven to fight for democratic issues such as freedom of speech and access to education.